In Diep.io game you start of weak, but each time you destroy something in Diep.io you earn XP. Earn enough XP and you l level up, allowing you to spend a point to level up one of your 8 attributes (Health Regen, Max Health, Body Damage, Bullet Speed, Bullet Penetration, Reload, and Movement Speed) and you l also be able to make a big upgrade that changes your appearance every now and again too. This allows you to experiment with different builds and see what works best for you. You can also play Superspin.io and Hexar.io

Shoot backward from the direction you’re moving for additional speed. The recoil on your shots propels you when shot behind and slows you down when shot ahead (Note: Flank Guard goes faster when you’re shooting forward.)
Take the time to farm instead of trying to fight other players. High-level players have a huge advantage over low levels and it’s not worth trying to fight early on.

The leaderboard is sorted by how many kills each player on the map has (for the time being).
Those pink triangles that come in on you occasionally are homing shots from another player.
Your first class change is at level 15.
You stop getting stat points every level around level 30, instead, you’ll start getting them every two or three levels until you hit max.
Accept you’re going to be spending a lot of time running away at early levels.Play diep io game unblocked and increase the power of your tanks

1. Health Regen – Increases the amount of health you regenerate. You only regenerate health after haven’t gotten hit for some time.

2. Max Health – Increases your maximum health so you can take more hits.

3. Body Damage – Increases the damage dealt when you ram into an enemy or obstacle with your body.

4. Bullet Speed – Increases the speed at which your bullets fly.

5. Bullet Penetration – Increases the number of bullets, obstacles, and enemies your bullets can pass through at a time.

6. Bullet Damage – Increases the amount of damage each bullet does. 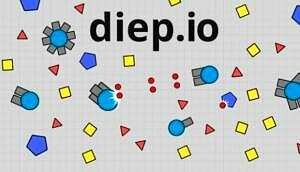 FNF vs Speed vs Ben (Confronting Yourself)